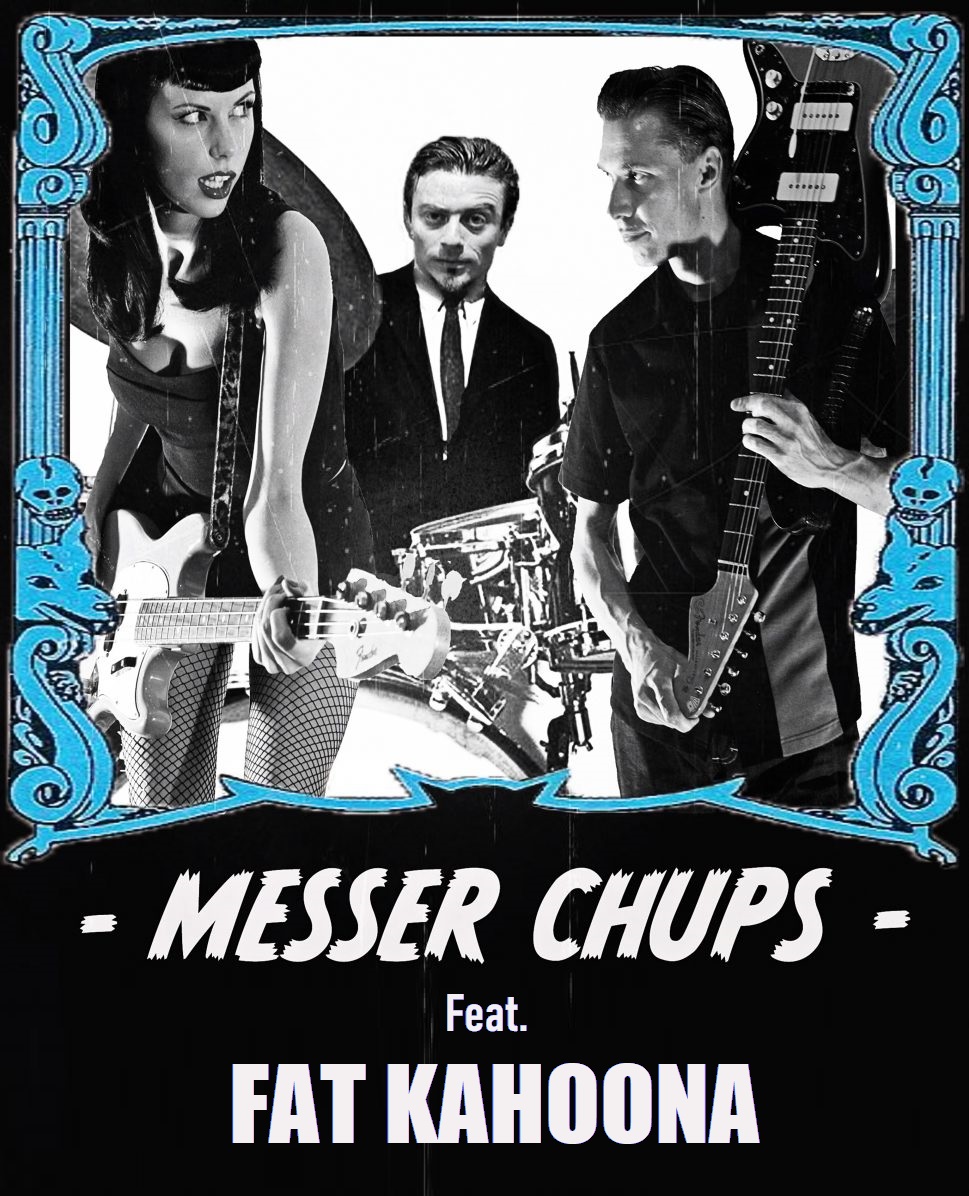 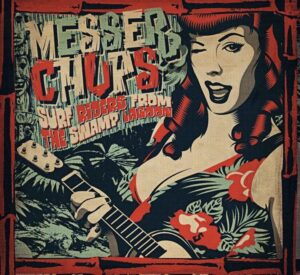 The band was founded by Oleg Fomchenkov (also known as Oleg Gitarkin) who had previously performed with Oleg Kostrov as Messer für Frau Müller. Messer Chups is often considered a “spin-off” band of Messer für Frau Müller. In the group’s name, “Messer” is taken from the German word for “knife” and “Chups” from Chupa Chups lollipops.

The band was originally a duo of Gitarkin on bass guitar and Annette Schneider on synthesizer. During 2000–2002 Messer Chups consisted of Gitarkin and Igor Vdovin [ru] on synths.

In 2003, Oleg Tarasov, the producer of Messer Chups and head of their home label Solnze Records, invited the world famous theremin player Lydia Kavina to join them. Together they have released several albums and reworked their previous releases. In 2005, Messer Chups became a duo consisting of Gitarkin and Svetlana “Zombierella” Nagaeva on bass. In 2007, they became a trio, with drummer Denis “Kashchey” Kuptsov from the band Leningrad. In 2008, they changed their drummer to Alexander Belkok, and Alexander Skvortzov became their vocalist.

The group’s music was used for the soundtrack for the dating sim Monster Prom.

FAT KAHOONA have been bringing their danceable, good-time surf rock music to audiences all over Berlin and Brandenburg since 2015.

The five multi-instrumentalist’s captivating, tarantinoesque music makes the audiences step around as FAT KAHOONA blends classic surf tunes such as »Wipe Out« and »Misirlou« with their own style and songs. Over the past five years, FAT KAHOONA have performed at many clubs, open air festivals and private events in Berlin and Germany. The band has also performed at the world’s largest band contest »Emergenza«.

But no matter whether it’s a grand show at the arena or a 50th birthday, the sound is always well received – by ears and legs alike!